I've known for a while now that my gut is not a happy place. If anyone is a candidate for gut problems, it's me. My history tells the story: wasn't breast fed as a baby, was on antibiotics many times during childhood for respiratory infections along with corticosteroids for asthma, more antibiotics thru my teen years, even more antibiotics in my twenties for kidney infections and UTI's right up into my thirties, a couple of run-ins with pneumonia and one bacterial stomach infection as an adult meant even more antibiotics... I don't think my digestive system has ever had a chance to develop normal flora. And as I get older, the effects are getting more and more pronounced.

I think the last straw(s) came when in a period of five years I had two pregnancies and two major surgeries. I haven't felt well since then. I had a bout of gallbladder pain after my last pregnancy, but an ultrasound showed no stones and the doc had nothing further to offer. Then the pain started to move down lower, across my abdomen. By this summer, I was in pain every single time I ate. I had no energy, brain fog 22 hours out of the day, felt weak and dizzy, forgot things constantly and just generally felt like crap. I looked into each of my symptoms and every time, the search ended at gut health. Time to do something about it. I'd heard of diets to help heal the gut and began reading up on them. Finding information about the GAPS diet, it seemed like just what I needed.

GAPS stands for Gut and Psychology Syndrome. The diet, based on the Specific Carbohydrate Diet but with more structure, is promoted by its creator Dr. Natasha Campbell-McBride and described in her book of the same name. She is a neurologist who developed this diet to help solve neurological problems that she determined in her research to stem directly from unhealthy gut flora & function. She used the protocol to help her autistic son. Her son is no longer autistic after she implemented the diet with him.

I have decided to give it a try - if it can heal the gut so completely as to repair neurological function, it's a powerful tool.

But I'm a wimp, and I don't really like the idea of going cold turkey on multiple foods at once so I decided, with the help of the information at the yahoo GAPShelp list, to sort of go into the diet backwards by eliminating foods gradually while adding GAPS foods slowly till I am in full GAPS. (I will wait til dd is weaned before doing the intro). The first thing I did was start having bone broth for breakfast every morning. The second thing I did was to go gluten-free. I never really thought I had any problem with wheat, but it seems like one of the eliminations that has the biggest learning curve so I wanted to start now to give me lots of practice learning how to make GF meals before I have to also eliminate other foods. 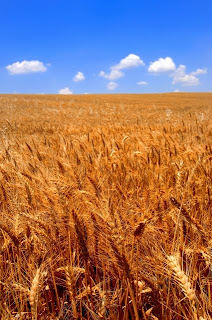 I have been wheat free (except maybe a few nibbles, so really not truly GF) for one week. I am absolutely shocked at the change I have experienced. My brain fog is gone. My mind often felt like a radio tuned to nothing but static, now it feels like the station is coming in clearly! I can't really describe it well other than to say that the mental discomfort I often lived with has been giving way to a smooth, calm, steady feeling. I don't know if this means I am gluten intolerant. It could be that once my gut heals, I may be able to introduce wheat back in if the symptoms were simply a result of the dysbiosis. Or not. We'll see - but I do know that if going GF forever is what it takes to feel this much better, I 'm in!
Posted by Velcromom